There are many ways to query data with R. This post shows you three of the most common ways:

Several recent package improvements make it easier for you to use databases with R. The query examples below demonstrate some of the capabilities of these R packages.

RStudio also made recent improvements to its products so they work better with databases.

Using databases with R is a broad subject and there is more work to be done. An earlier blog post discussed our vision. Part of that vision was to create a website where you can find everything about databases and R in one place. To learn more, visit our site at db.rstudio.com.

In this example, we will query bank data in an Oracle database. We connect to the database by using the DBI and odbc packages. This specific connection requires a database driver and a data source name (DSN) that have both been configured by the system administrator. Your connection might use another method.

You can query your data with DBI by using the dbGetQuery() function. Simply paste your SQL code into the R function as a quoted string. This method is sometimes referred to as pass through SQL code, and is probably the simplest way to query your data. Care should be used to escape your quotes as needed. For example, 'yes' is written as \'yes\'.

You can write your code in dplyr syntax, and dplyr will translate your code into SQL. There are several benefits to writing queries in dplyr syntax: you can keep the same consistent language both for R objects and database tables, no knowledge of SQL or the specific SQL variant is required, and you can take advantage of the fact that dplyr uses lazy evaluation. dplyr syntax is easy to read, but you can always inspect the SQL translation with the show_query() function.

Did you know that you can run SQL code in an R Notebook code chunk? To use SQL, open an R Notebook in the RStudio IDE under the File > New File menu. Start a new code chunk with {sql}, and specify your connection with the connection=con code chunk option. If you want to send the query output to an R dataframe, use output.var = "mydataframe" in the code chunk options. When you specify output.var, you will be able to use the output in subsequent R code chunks. In this example, we use the output in ggplot2. 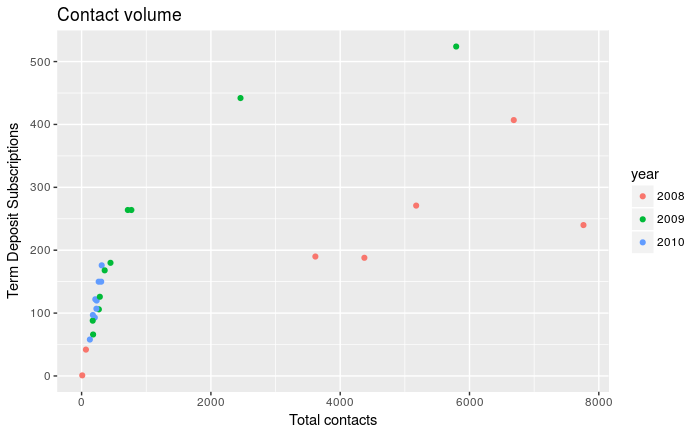 The benefits to using SQL in a code chunk are that you can paste your SQL code without any modification. For example, you do not have to escape quotes. If you are using the proverbial spaghetti code that is hundreds of lines long, then a SQL code chunk might be a good option. Another benefit is that the SQL code in a code chunk is highlighted, making it very easy to read. For more information on SQL engines, see this page on knitr language engines.

There is no single best way to query data with R. You have many methods to chose from, and each has its advantages. Here are some of the advantages using the methods described in this article.

You can download the R Notebook for these examples here.