rstudio::conf 2018 and the New York R Conference are both behind us, but we are rushing headlong into the season for conferences focused on the R Language and its applications. 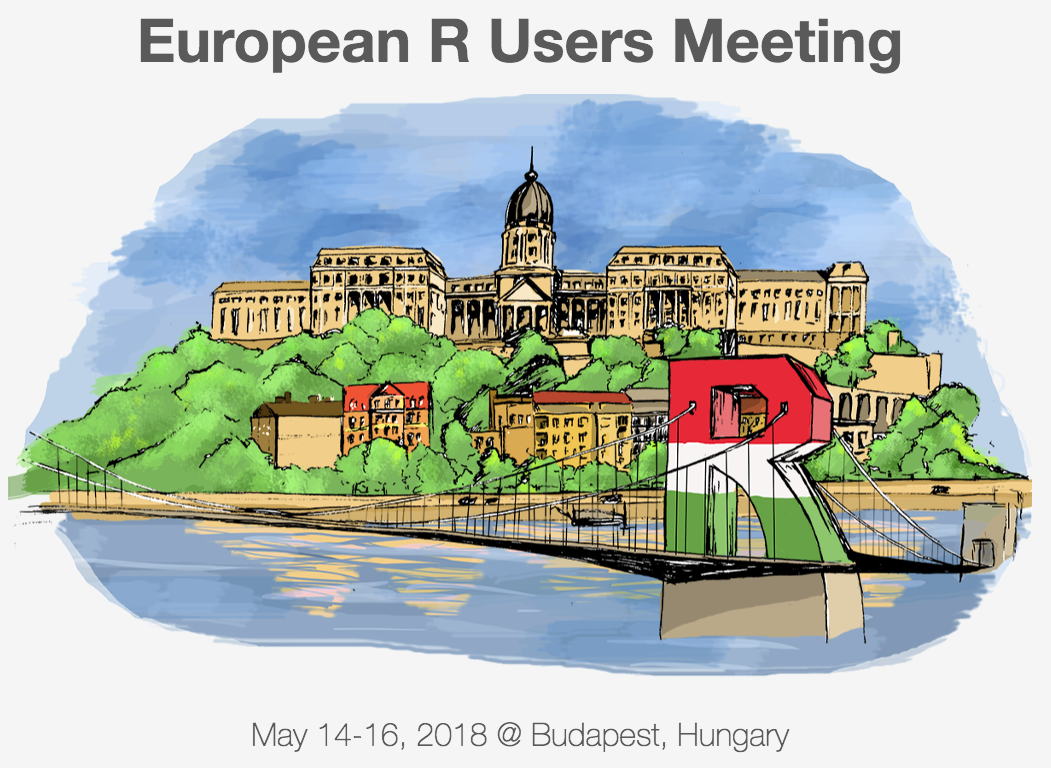 Second only to useR! in longevity, the tenth consecutive R / Finance will be held in Chicago on June 1st and 2nd. Keynote speakers Norm Matloff, J.J. Allaire, and Li Deng head a strong program. Produced by the same committed crew of Chicago quants with the unwavering support of UIC, R / Finance is the epitome of a small, tightly focused, single-track R conference. If you are interested in the quantitative side of Finance, there is no better place to network.

The relatively new CascadiaRConf will feature keynote speakers Alison Hill and Kara Woo in a one-day event on June 2nd in Portland, OR that promises to be good time with several hands-on workshops.

A SatRday mini-conference will be held in Cardiff on June 23rd. Stephanie Locke, Heather Turner, and Maelle Salmon will be leading the event. The recent conference in Capetown appears to have been a great day for working with R, and a lot of fun. I expect that Cardiff will also be a blast. 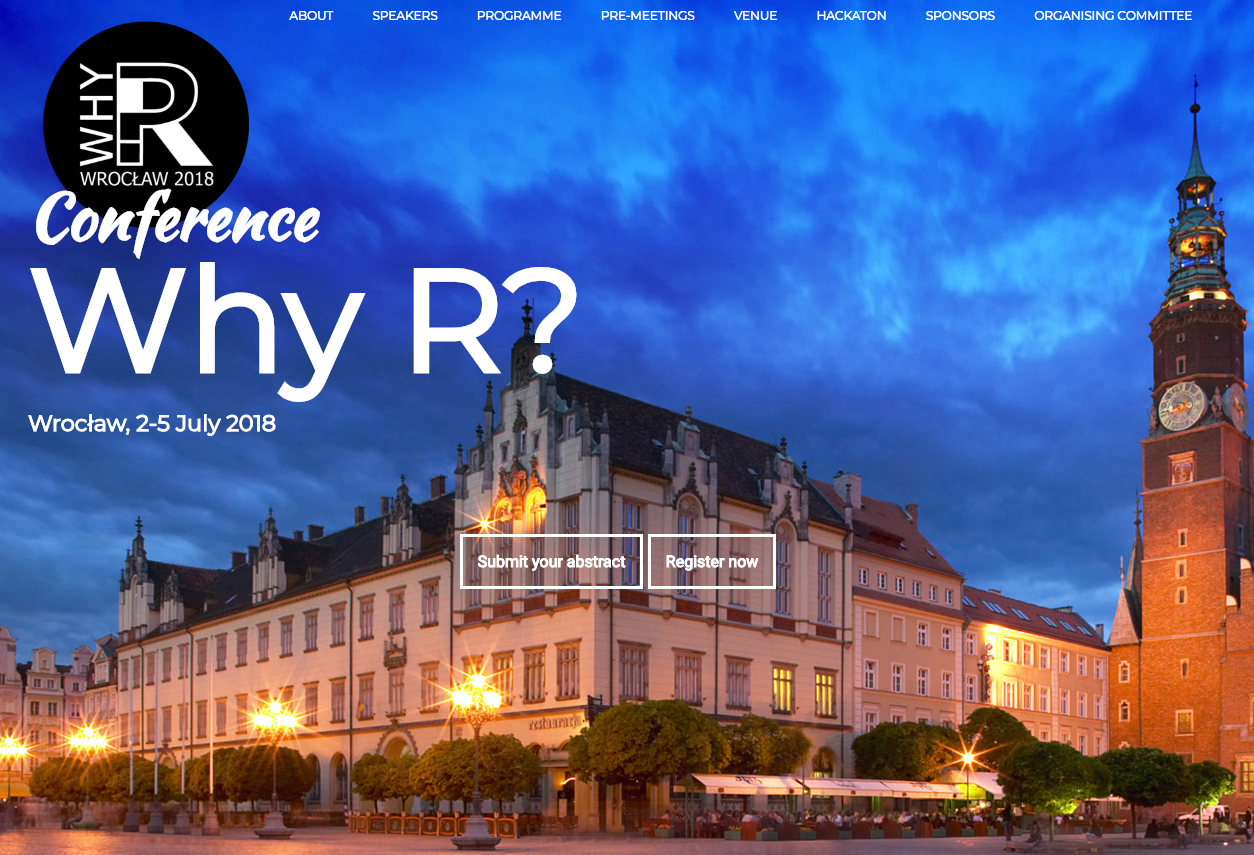 Why R? July 2nd through 5th in Wrocław, Poland is an ambitious undertaking with five keynote speakers (Bernd Bischl, Thomas Petzoldt, Leon Eyrich Jessen, Tomasz Niedzielski, and Maciej Eder), a hackathon, and several “pre-meetings” spread across Poland, Germany, and Denmark. I expect this to be a top-tier series of events.

R in Montreal will be held from July 4th through 6th. Pleanary speakers Julie Josse, Arun Srinivasan, and Daniel Stubbs will headline the program.

The 14th useR! conference, the first to happen in the Southern Hemisphere, will be held in Brisbane, Australia from July 10th through the 13th. The mother of all R conferences, useR! attracts R afficianados from around the globe and provides a window to what is au courant in the R universe. Keynote speakers Jenny Bryan, Steph De Silva, Heike Hofmann, Thomas Lin Pedersen, Roger Peng, and Bill Venables head the program. The tutorials, always a major attraction at useR! conferences, will take place over two days.

Insurance Data Science, the direct successor to the series of R in Insurance conference will be held in London on July 16th. Although renamed, and presumably refocused, the program for the conference still indicates quite a bit of R content. Garth Peters and Eric Novic will deliver the keynotes.

BioC 2018, the flagship conference for the BioConductor project and a major event in the computational genomics world, will be held from July 25 through the 27th at Victoria University, Toronto. The program is still coming together, but confirmed speakers include Brenda Andrews, Benjamine Haibe-Kains, Elana Fertig, Charlotte Sonneson, Michael Hoffman, and Tim Hughes.

The Latin American R/BioConductor Developers Workshop will be held between July 30th and August 3rd at the center for Genomic Sciences in Cuernavaca, Mexico. Invited speakers include Martin Morgan and Heather Turner. The workshop is aimed at students and researchers, with a goal of teaching participants the principles of reproducible data science through the development of R/Bioconductor packages.

Two brand-new conferences directly modeled on the R / Finance experience will make their debuts this year. R / Pharma, a conference devoted to the use of R for reproducible research, regulatory compliance and validation, safety monitoring, clinical trials, drug discovery, R&D, PK/PD/pharmacometrics, genomics, and diagnostics in the pharmaceutical industry will be held on August 15th and 16th at Harvard University. This will be a small, collegial gathering limited to 150 attendees; it will undoubtedly sell out soon after registration opens.

R / Medicine, which will focus on the use of R in medical research and clinical practice, with talks addressing Phase I clinical trial design; the analysis and visualization of clinical trial data, patient records, and genetic data; personalized medicine; and reproducible research, will take place in New Haven, CT on September 7th and 8th. This will also be a small gathering that is likely to sell out soon after registration opens.

LatinR, which will focus on the use of R in R&D, will be held at th University of Palermo in Buenos Aires on September 4th and 5th. Keynote speakers Jenny Bryan and Walter Sosa Escudero will head the program.

The last R conference on my radar for the 2018 season, the enterprise-focused EARL (Enterprise Applications of the R Language) Conference, will take place in London from September 11th through the 13th. Edwin Dunn and Garrett Grolemund will deliver the keynotes, and the list of speakers comprises an impressive roster of industrial-strength R users. This is clearly the event for data scientists looking to put R into production.