We knew we were on to something important early on in the process of organizing R / Medicine 2018. Even during our initial attempts to articulate the differences between this conference and R / Pharma 2018, it became clear that the focus on the use of R and statistics in clinical settings was going to be a richer topic than just the design of clinical trials. However, it wasn’t until the conference got underway that we realized there was magic in the mix of attendees. R / Medicine attracted quite a few clinicians who were themselves using R in their work, or were in the process of teaching themselves R. This group catalyzed the discussions that continued throughout the conference, enabling high-bandwidth exchanges that would have otherwise suffered from the effort to translate between the two cultures. The small, single-track nature of the conference helped to keep the conversations going, with the questions and answers at the end of a given talk helping to enrich the quality of successive discussions.

Rob Tibshirani set the collaborative tone for the conference with his opening keynote talk describing the clinical forecasting system he and his collaborators have built to predict platelet usage for the Stanford hospitals. Big-league and big-impact, the system shows the promise of delivering real clinical and financial benefits. Tibshirani’s presentation of the modeling process also set the bar for clarity.

The other keynotes were also “top shelf”. Michael Lawrence spoke about Scientific Software In-the-Large. He laid out three challenges for scientific programming at this scale:
* Integration of independently developed modules
* Translation of analyses and prototypes into software
* Scalability
and addressed these issues using examples from the Bioconductor project.

Victoria Stodden’s Keynote, Computational Reproducibility in Medical Research: Toward Open Code and Data, was a meditation on the need to reassess scientific transparency in an age where big data and computational power are driving medical research, and deep intellectual contributions are encoded in software. I was particularly struck by the idea that progress towards computational reproducibility depends on the coordination of stakeholders. 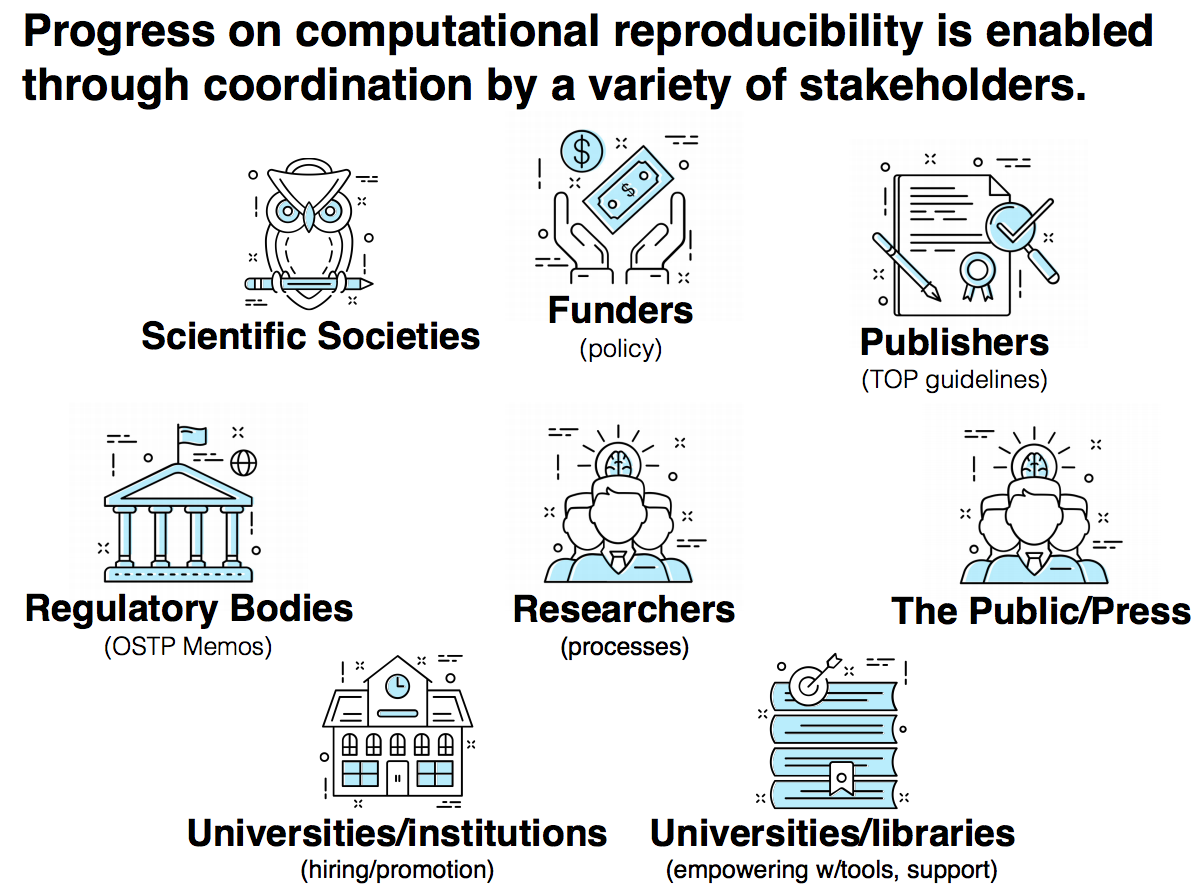 Perhaps the highest-energy talk of the conference (and maybe all of the conferences I have attended this year) was given by Yale’s Dr. Harlan Krumholz. Unfortunately, we have neither video nor slides from this keynote, but to give you some ideal of Dr. Krumholz iconoclastic work, look at the 2010 Forbes Article and this more recent article published in HealthAffairs. The following are some notes I managed to take at the talk between moments of mesmerization. With respect to medicine in general Dr. Krumholz said that:

There could not be a more exciting era in medicine. Medicine is emerging as an information science and the clinician’s role is changing to be a guide or interpretor, not a shaman.

More than half of the guidlines in cardiology are not based on evidence.

With respect to medical data, he said:

The goal should be to take high-dimensional data and make it low-dimensional. Instead of thinking that everyone should have the same data, we should move towards thinking: How dow we use the data that we do have? There should be no missing data.

I took these statements to mean that teams of clinicians, statisticians, and data scientists should be working towards building predictive models for individual patients based on whatever data is available for them and whatever big data is relevant. This was clearly the music the crowd wanted to dance to.

The slides for most of the rest of the talks are available on the website. One talk I would like to highlight here is Nathaniel Phillips’ talk on Fast and Frugal Trees. 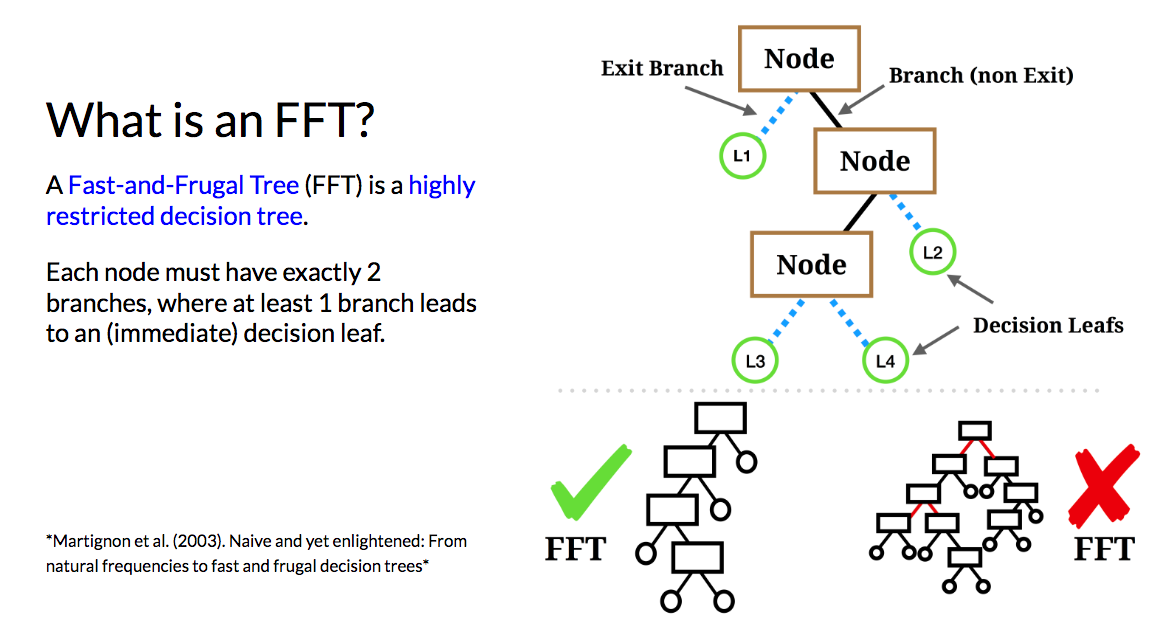 This talk addressed a recurring theme throughout the conference: the difference in decision making between the two cultures of statisticians and physicians. Probabilistic estimates to characteristic risk and to inform decision making are central to a statisticians worldview. Physicians, on the other hand, are in general not comfortable with probabilities, and when push comes to shove, prefer unambiguous guidelines and thresholds, such as blood pressure ranges, to inform treatment decisions. A vexing cultural problem is to identify effective decision models that have a chance of actually being used by clinicians.

The conference finished with a roundtable discussion with the theme Bridging the Two Cultures, with panelists Beth Atkinson, Joseph Chou, Peter Higgins, Stephan Kadauke, Chinonyerem Madu, and Jack Wasey representing both the statistical and clinical points of view. The moderator (me) began by asking three questions: 1. How do clinicians engage with statisticians and data scientists? 2. What are some key ideas you should know about collaborating? 3. In your experience, what kinds of engagements have been the most successful?

Panelists were free to respond as they felt inclined to any or all of the questions. As I recall, a consensus emerged around three key ideas: make an effort to empathize with colleagues, meet frequently and go out of your way to interact with colleagues, and carefully select projects and then cultivate them.

Planning is already underway for R / Medicine 2019. Mark the week of September 23rd, and stay tuned!